When is the 2020 Ford Bronco Release Date

When is the 2020 Ford Bronco Release Date

A new Ford Bronco is in the works

When is the 2020 Ford Bronco release date?

Ford is bringing back the legendary Bronco SUV! Ford first announced the return of the SUV at the 2017 North American International Auto Show in Detroit and the world is starting to see the first fruits of that labor. That said, just how much longer will you have to wait for the SUV’s official release date?

The good news is a 2020 Ford Bronco SUV is now in the works and is expected to make its world debut this spring with production to follow not long after. Most likely in late 2020. In fact, Ford is creating not one, but three versions of the Bronco. There is a midsize Bronco SUV, a smaller “baby” Bronco and a unibody pickup truck in development. While not official release date has been announced for the “baby” Bronco or Bronco truck, the midsize SUV model is expected to arrive first in spring.

Read More: Does Donway Ford have a commercial department? 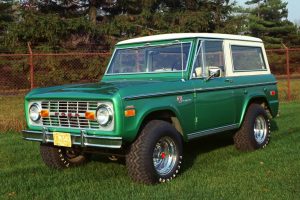 Ford’s new Bronco SUV is expected to be available in two- and four-door versions with removable hardtop roof and detectable doors that can be stored in the vehicle’s trunk. That said, Ford hasn’t released any specific engine specs for the new Bronco SUV, but a turbocharged, 2.3-liter four-cylinder engine is possible.

What is the Ford Bronco?

The Ford Bronco is a midsize SUV known for its off-road handling, seating for six people and powerful engine options. Ford produced the SUV from 1965 until 1996 in Wayne, Michigan. When production ended, the Ford Bronco was replaced by Ford Expedition SUV.

Stay tuned here for more information on the new 2020 Ford Bronco as more details on the new SUV become available! From all of us at Donway Ford Sales, thank you for reading!